Which are the top 7 Computer Virus of all times?

Computer virus take many different shapes and forms, and the damage they do ranges from mildly annoying to damaging an entire country’s nuclear program.

Conficker has proven itself one of the most resilient computer virus in history.This computer virus was first identifedin late 2008.Over 9 million computers was infected around the world. Basically ,Conficker is a grab-bag of advanced malware techniques with numerous variants designed to evade detection, making it the closest analogue on this list to an actual biological virus. It infects computers using flaws in the OS to create a botnet.

It was one of the largest known worm infections to ever surface causing an estimate damage of $9 billion.

It is a Trojan horse that infects your computer and then searches for files to encrypt. It uses several methods to spread itself, such as email, and once a computer is infected, it will proceed to encrypt certain files on the hard drive and any mounted storage connected to it with RSA public key cryptography.

This computer virus was Released in September 2013.

ILOVEYOU is considered one of the most virulent computer virus ever created. It got its name from the subject line of the email to which it was attached, disguised as a text file. The virus was created by two Filipino programers, Reonel Ramones and Onel de Guzman. What it did was use social engineering to get people to click on the attachment; in this case, a love confession. The attachment was actually a script that poses as a TXT file, due to Windows at the time hiding the actual extension of the file.

MyDoom is a computer virus just  like ILOVEYOU, is a record-holder and was the fastest-spreading email-based worm ever. MyDoom was an odd one, as it hit tech companies like SCO, Microsoft, and Google with a Distributed Denial of Service attack.

The worm spreads itself by appearing as an email transmission error and contains an attachment of itself. Once executed, it will send itself to email addresses that are in a user’s address book and copies itself to any P2P program’s folder to propagate itself through that network.

It started as an infected Word document that was posted up on the alt.sex usenet group, claiming to be a list of passwords for pornographic sites. This got people curious and when it was downloaded and opened, it would trigger the macro inside and unleash its payload.The virus will mail itself to the top 50 people in the user’s email address book and this caused an increase of email traffic, disrupting the email services of governments and corporations.

Sasser and Netsky were two different computer viruse but are often grouped together because they are believed to have been created by the same person.Sasser spread through infected computers by scanning random IP addresses and instructing them to download the virus. Netsky was the more familiar email-based worm. Netsky was actually the more viral virus, and caused a huge amount of problems in 2004.

In 2004, a German student was arrested on suspicion of creating the viruses. Some believe that his motivation was to provide business for his parents’ PC company, while others think he wanted to create a virus that would spread faster than Mydoom, which was creating headlines at the time.

Believed that this computer virus was been created by the Israeli Defence Force together with the American Government, Stuxnet is an example of a virus created for the purpose of cyberwarfare, as it was intended to disrupt the nuclear efforts of the Iranians. It was estimated that Stuxnet managed to ruin one fifth of Iran’s nuclear centrifuges and that nearly 60% of infections were concentrated in Iran.

Stuxnet spread by a USB thumb drive and targeted software controlling a facility in Iran that held uranium. The virus was so effective it caused their centrifuges to self-destruct, setting Iran’s nuclear development back and costing a lot of money.

If You Want To Get More Daily Such Top X Related Updates Then Press Red Bell Icon At The Right Side of Page To Subscribe our Updates. 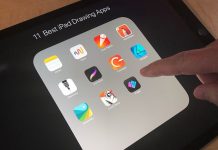 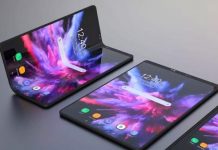 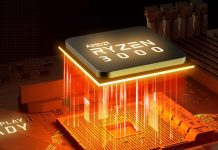 Which Processor is Best for Gaming 2021?

Now You Can book Uber Rides via WhatsApp in India: Uber...

A Most Popular Games of All Time In World After PUBG...

How To Use AI To Reduce or Eliminate Downtime In IT...