During the State of Play presentation (Sony’s PlayStation live stream) on June 8, we got the big novelty that could cheer up PC gamers. Namely, it was revealed that Marvel’s Spider-Man Remastered is arriving on PC. So, after God of War, Horizon Zero Dawn, and Days Gone, PC gamers will get another commendable PlayStation exclusive. Only a short snippet of Spider-Man PC was shown at the State of Play presentation where it was unveiled.

To play the game on the PC port, Nixxes Software, a Dutch studio recently bought by Sony, which is a master at porting games to PC, is the most deserving factor. Marvel’s Spider-Man Remastered on PC will come in 4K resolution, with ray-tracing, and there will also be support for mouse and keyboard gaming. In addition to the main campaign, players will also be able to access additional content called “The City That Never Sleeps“, and these are three separate stories that should bring a few hours of additional play. The best part is that Remastered will be released on PC on August 12.

However, the good news does not end there. One more Spiderman’s edition will also be released on PC this fall, according to Sony. You guessed it right – it is Marvel’s Spider-Man: Miles Morales.

Let’s hear more about the PC version of this highly popular action-adventure, which, by the way, is the genre that never found its way to the best online bookmakers like, say, FPSs…

Everything We Know About Both Releases

We now have a solid release date for both games, as well as an idea of what will be included whenever ’Spidey’ makes the switch to PC. There is DLC to enjoy, as well as technical details on the visual fidelity and performance that gamers may expect.

We have compiled everything we know so far regarding Spider-Man Remastered and Miles Morales on PC to keep you up to date. We will look at the release date, embed any new trailers, and keep the page up to date with the newest news leading up to the debut.

The release date for Spider-Man Remastered is set for August 12, 2022. You will have the option of using a controller or a mouse and keyboard to play.

Miles Morales will be released in the fall of 2022, a year after the first game. This is a completely different game that was originally released on the PlayStation 5. It centers on Miles’ first year as a superhero, as he watches over New York while Peter is on vacation.

Spider-Man Remastered incorporates the DLC pack “The City That Never Sleeps“. This features Hammerhead, Silver Sable, and Black Cat, as well as three main story extensions. Miles Morales does not have any DLC available right now.

On the PC, Marvel’s Spider-Man Appears to Have Removed a Major Structure…

So, as a game lover, you have learned that you would be able to play the same version that is presently accessible on PlayStation 5 on the PC platform, although there may be some differences. Aficionados compared the home screen of the PS5 game to the State of Play announcement, noting that One World Trade Center appears to have been removed from the background. It is unclear whether the structure was deleted fully from the game or was only removed for this photograph.

The Chrysler Building was not included in Marvel’s Spider-Man: Miles Morales due to rights difficulties, thus this is not the first time the New York City skyline has been altered for a Spider-Man game. The Freedom Tower in Marvel’s Spider-Man is structured differently than the real-life structure, thus this should not be a legal concern, as fans on the game’s subreddit have pointed out. It is likely that the structure was removed to make the words on the image easier to read, but there is no way of knowing for sure. For the time being, fans will have to wait to see when the PC version is released.

Still, you would be mistaken if you thought One World Trade Center was included in the original 2017 game. The building, it turns out, was only seen on the game’s opening start screen and never appeared in Marvel’s Spider-Man. When you first started the game, you could not seem to find the tower to swing around or scale.

The explanation is here. Insomniac stated that the problem was caused by copyright difficulties. Yes, buildings can have copyrights, and building owners have taken legal action in the past to prevent others from replicating their designs. Because Insomniac could not reach an agreement with the Chrysler Building’s owners, the tower was left out of Miles’ quest.

Marvel’s Spider-Man Remastered is the latest in a long line of first-party PlayStation games to make the jump to the PC. Games like Days Gone and Horizon: Zero Dawn have done well on the platform, allowing Sony to broaden the reach of these titles. Oh, we mentioned it already… Never mind. Some PlayStation fans have expressed dissatisfaction with the fact that these exclusives are now available elsewhere, but Sony clearly sees this as an important element of their present strategy. Presumably, more people will be able to experience Marvel’s Spider-Man Remastered as a result of this.

On the PlayStation 5, the remaster looked amazing, but fans were left wanting a genuine PC version. On the PC platform, features like high frame rates and ray-tracing are at their best. As a result, it is understandable that many fans have been clamoring for a PC version of the game since then.

If You Want To Get More Daily Such Tech Updates Then Join the Telegram Group. From Above Link Also Press Red Bell Icon At The Left Side of Page To Subscribe our Updates.

Infosys Recruitment 2021 For Freshers has been Started Across India: Click here

Whats is the Difference Between CV and Resume?: Click here

Covaxin vs Covishield Which One is better? effectivity rate: Click here

A Leadership Guide For How To Win Hearts and Minds: Click here

How To Improve Communication Skills with 12 Strategy: Click here

Which Graphics Processor is Best for Gaming 2021?: Click here 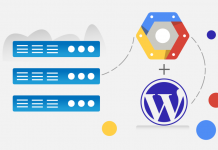 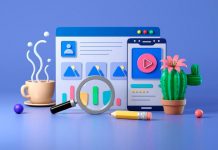 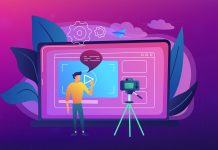 The Microsoft Surface Duo will soon Launch up to July –...

Things To Consider While Choosing the Best Local SIM Card For...