The List of PUBG Mobile in Different Countries has its own Version.

There is no denying the fact that PUBG Mobile is now one of the most popular battle royale games on the mobile platform. One of the main reasons behind its success has been the regular updates that are being released by the game’s developers.

Local gamers have been waiting for the PUBG Mobile India to launch in the country with bated breath and are expecting the announcement to be made at any time. Read more

PUBG Mobile in India has set the rumor mill churning with multiple announcements and a number of initiatives like of launch of a new website for India, posting the first teaser on its social media handles, etc in the past two months.

But do you know that game, apart from its global version, has several versions tailor-made to suit regional audiences? Yes, it has many region-specific versions and that is what makes it more popular among regional game players.

Here is a list of PUBG Mobile in different countries having their own version.

Known as PUBG Mobile TW, HotCool Games has published this version. The game is available in the Google Play Store and Apple App Store of Taiwan. The game has been optimized for users from the region.

2. PUBG Mobile in Korea and Japan:

In China, PUBG Mobile is known as ‘Game for Peace’ and is a hugely popular game in the country. In May 2019, Tencent Games had decided to release the game under a new name and made sure that it met all the restrictions set by the Chinese authorities.

Why PUBG banned in India?

According to the Ministry of Electronics and Information Technology, the mobile game has been banned along with the other apps under Section 69A of the Information Technology Act, on grounds that “they are engaged in activities which are prejudicial to sovereignty and integrity of India, defense of India, the security of the state and public order”.

“This decision is a targeted move to ensure safety, security, and sovereignty of Indian cyberspace,” the statement said, adding that the move would safeguard the interests of crores of Indian mobile and internet users.

Later in July, the Government has banned 59 Chinese apps including the most popular Short video app TikTok, WeChat, CamScanner, and others. Read more

If You Want To Get More Daily Such Tech Updates, Career Advice Then Join the Telegram Group From Above Link And Never Miss Update.

A Leadership Guide For How To Win Hearts and Minds: Click here

Home Workouts During The Lockdown For Fitness Freaks: Click here 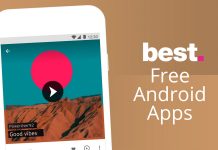 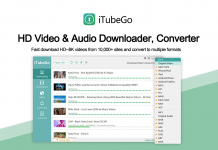 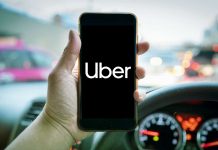 How To Disable Windows 10 Update Permanently

Why Remove China Apps taken down from Play store?

Now Record WhatsApp calls is So Simple, Know How To

Chingari App on the rise after TikTok ban in India